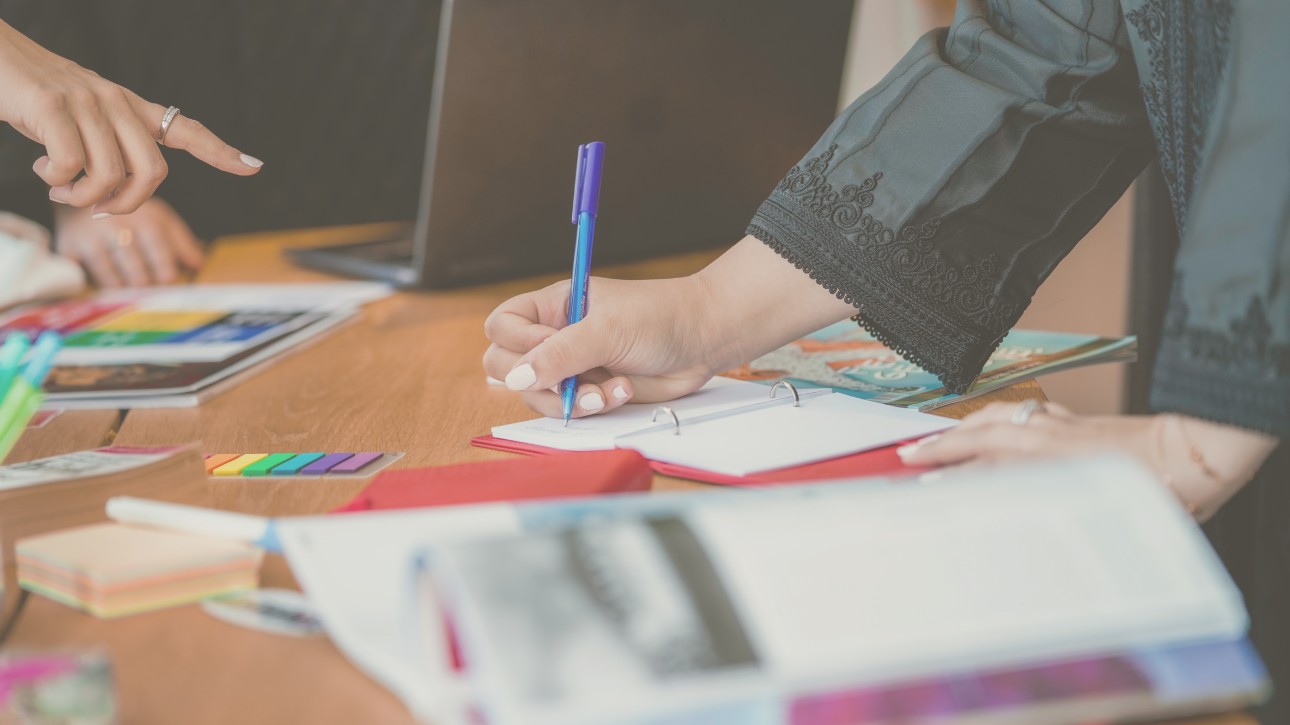 NAMA Pledges Support to EFE’s Efforts to Connect 3,500 Women and Youth in MENA to Job Opportunities

At the Education For Employment (EFE) Summit held recently in Dubai, longstanding partners NAMA Women Advancement Establishment (NAMA) and EFE enter a landmark year-long partnership, through which NAMA supports EFE’s efforts to train 3,500 Jordanian, Palestinian and Egyptian youth – 50 percent of them young women – and link them to job opportunities in alignment with EFE’s distinctive model.

This partnership with NAMA will help provide the necessary core support to EFE affiliates in Jordan, Palestine and Egypt to fulfil their goals in providing EFE’s high-quality Job Placement Training Program to youth in their countries. The support will catalyse EFE’s continued growth in the MENA region, connecting thousands of youth to employment opportunities each year.NAMA’s active role in advancing women’s participation in the economy is enhanced with this new partnership with EFE, and is in line with one of NAMA’s most important initiatives to ensure a more women-inclusive economy – the Women’s Economic Empowerment Global Summit (WEEGS).

The programme will strengthen EFE’s ability to source and provide job placements and economic opportunities for young women, and will result in visibility for the Global Women’s Inclusion Initiative (WIP), which was launched as a NAMA – EFE partnership in 2016 under the patronage of Her Highness Sheikha Jawaher bint Mohammed Al Qasimi, Wife of the Ruler of Sharjah, Chairperson of NAMA and Honorary Patron of Global Women’s Inclusion at EFE.

Among the 3,500 youth targeted by three types of EFE programming, namely, the Job Training and Placement Program, the Pathways to a Job Program, and the Entrepreneurship Program, EFE-Jordan, EFE-Palestine and EFE-Egypt will target at least 50 percent young women.

The partnership was signed against the backdrop of an intensifying youth unemployment problem in the MENA region. According to the International Labour Organisation (ILO) 2018 report, the Northern Africa, Arab States and Southern Asia region faces the most acute women’s economic inclusion issues globally. This has led to an increased gap between men and women’s labor force participation rates, that has gone beyond 50 percent. This is nearly double the global average. The women’s workforce participation rates, which are as low as 18.9 percent for Arab States and 21.9 per cent in Northern Africa, in the said report, are exacerbated by occupational segregation, employment vulnerability and dismal pay gapsfaced by women those who are employed.

One of the core reasons for young women’s underrepresentation in the labour market in almost every country in the Middle East and North Africa (MENA) region, despite their academic achievements, stems from the fact that women are not seen as equal thought- partners and actors crucial to the creation of sustainable and realistic initiatives for levelling the playing field of economic opportunity.

Ending women’s exclusion from conversations that directly impact their well-being and the opportunities available to them by shifting them from the side-lines and bringing them to the centre of key debates in economic development are at the core of NAMA’s mandate.

This will be furthered by another important activity which is part of this NAMA–EFE collaboration – a community and visibility initiative called ‘The EFE Women Ambassadors Program’. Through this programme, EFE will showcase skilled EFE graduates as “Women Ambassadors” who advocate for women’s economic inclusion, and serve as inspiring role models for young women in the region.

As a component of the broader NAMA-EFE Global Women’s Inclusion Initiative (WIP), the Women Ambassadors Program will also complement EFE’s programming in Jordan, Egypt and Palestine along with EFE’s broader regional work.

HE Reem BinKaram, Director, NAMA Women Advancement Establishment, said: “We at NAMA understand the UAE’s role as a critical hub in creating social impact around the issue of women’s empowerment. Since 2016, when HH Sheikha Jawaher bint Mohammed Al Qasimi, Chairperson of NAMA was elected the first Honorary Patron for EFE’s Global Women’s Inclusion, we have been walking shoulder to shoulder to fulfil the EFE Network’s ambition to reach 55,000 young women across the region by 2020 through their job training and placement, employability, and entrepreneurship programmes.”

She added: “To fuel these ambitions, NAMA has entered into this new agreement with EFE, under which we will pledge our full support to catalysing a new set of specialised training programmes in Jordan, Egypt and Palestine that aim to connect 3,500 youth – including at least 50 percent young women – to meaningful employment opportunities over the next 12 months. We look forward to making the most of this year-long strategic partnership to accelerate women’s and youth’s access to specialised professional training, which will help them be placed in the right jobs.”

Jasmine Nahhas di Florio, Senior Vice President of EFE-Global, noted that, “EFE believes that when youth in MENA have the right skills and potential, they can create a brighter future for the region. Women are a crucial component in this transformation. When women are empowered with skills and economic opportunities, they thrive as individuals and uplift their families and communities.  EFE is proud that over half of our graduates are young women.  We are pleased to partner with NAMA Women Advancement Establishment to expand this impact and to highlight EFE graduates who are inspiring role models of thepotential of Arab women.”

The EFE Summit also saw NAMA being honoured as a key partner of EFE, which has led to the creation of high-impact partnerships like the Badiri Business Entrepreneurship Programme (earlier known as Jeel) that was launched by NAMA affiliate, Sharjah Business Women Council (SBWC) in partnership with EFE in 2016, and now falls under NAMA’s capacity-building arm, Badiri Education and Development Academy.

The EFE Annual Summit was held in Dubai from March 4-6, drawing EFE Network staff, board members, corporate partners and special supporters from around the world. As one of MENA’s most important events to advance positive impact for Arab youth employment, the EFE Summit provides an opportunity to share knowledge that accelerates innovation for youth employment. The Summit generates visibility around the positive potential of youth in the MENA region and sheds light on the importance of women’s economic inclusion, promoting the UAE as a critical hub for this social impact.

Among the summit’s attendees were nearly 100 EFE staff and board members from across nine MENA countries and three global offices, as well as global and local corporates and EFE partners, special guests and expert speakers, and local and international managers.